Over the weekend, the Jim Clark Trust were delighted to be in attendance at the Sir Jackie Stewart Classic at Thirlestane Castle.

The Jim Clark Trust Stand was buzzing with supporters all weekend as over 20,000 motorsport fans piled into the inaugural instalment of the Sir Jackie Stewart Classic at Thirlestane Castle. Jim’s cars (and tractor) looked spectacular under the beating sunshine as visitors admired them and learnt about their history. Children were given the opportunity to sit in Lotus and Ecurie Ecosse liveried pedal cars, as well as the Clark family Case Tractor from Edington Mains, imagining themselves as the modest Scottish farmer Jim was first and foremost. 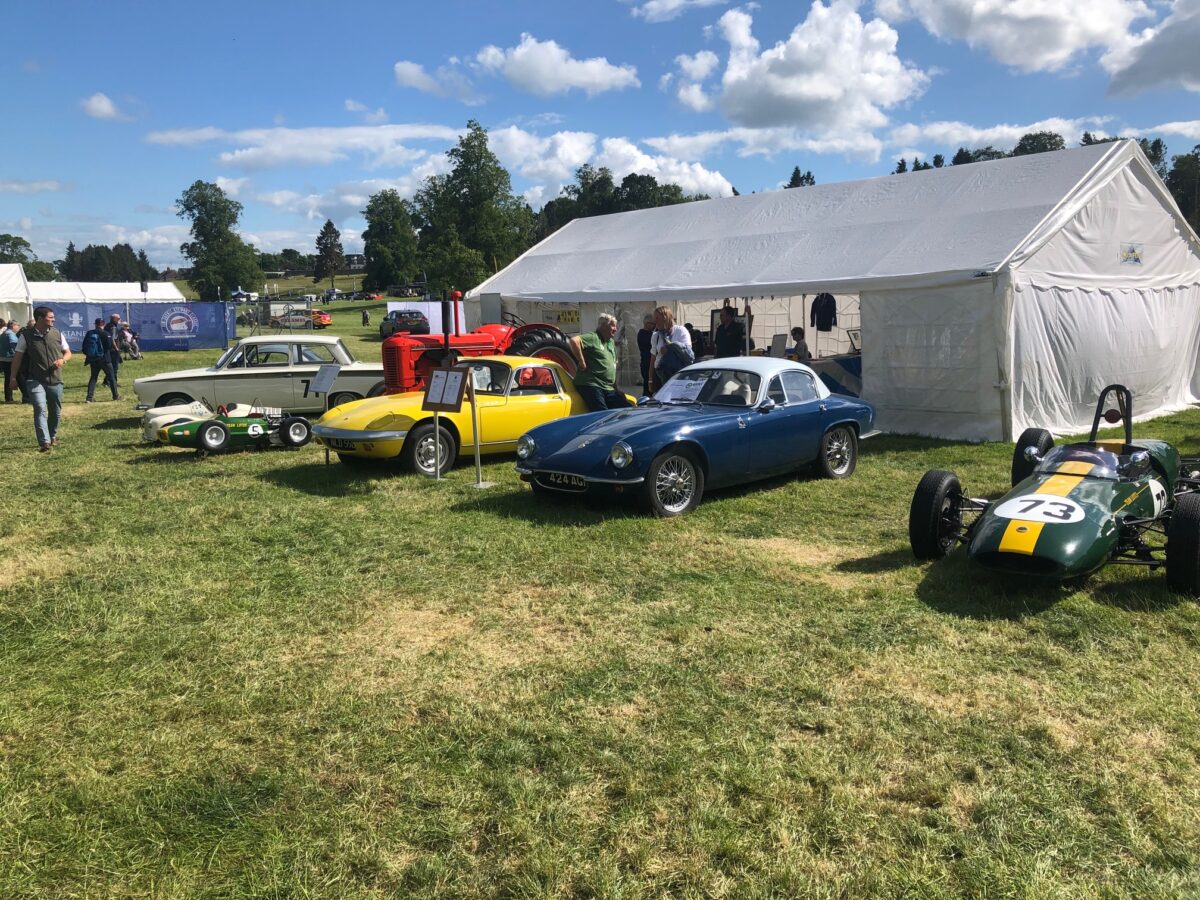 The bright orange Case tractor was sold to James Clark (father of Jim Clark) after it was brought over to Rutherford’s machinery premises in Coldstream under the Lend Lease Act. During WW1 and WW2, both agricultural labour and machinery were in short supply and the US stepped in to ship over tractors for use in Britain’s fields. The tractor was used at Edington Mains on the land until the late 50’s when it was then utilised to power a sawmill on the estate. We are grateful to the current owners for their incredible restoration and for bringing it along.

I spoke to some of the parents afterwards, and they said they’d never seen their children so happy and smiley in their life, they really got a buzz especially with all the crowds watching them. We hope to repeat this and have a championship where we have maybe five rounds throughout the Borders and Scotland. 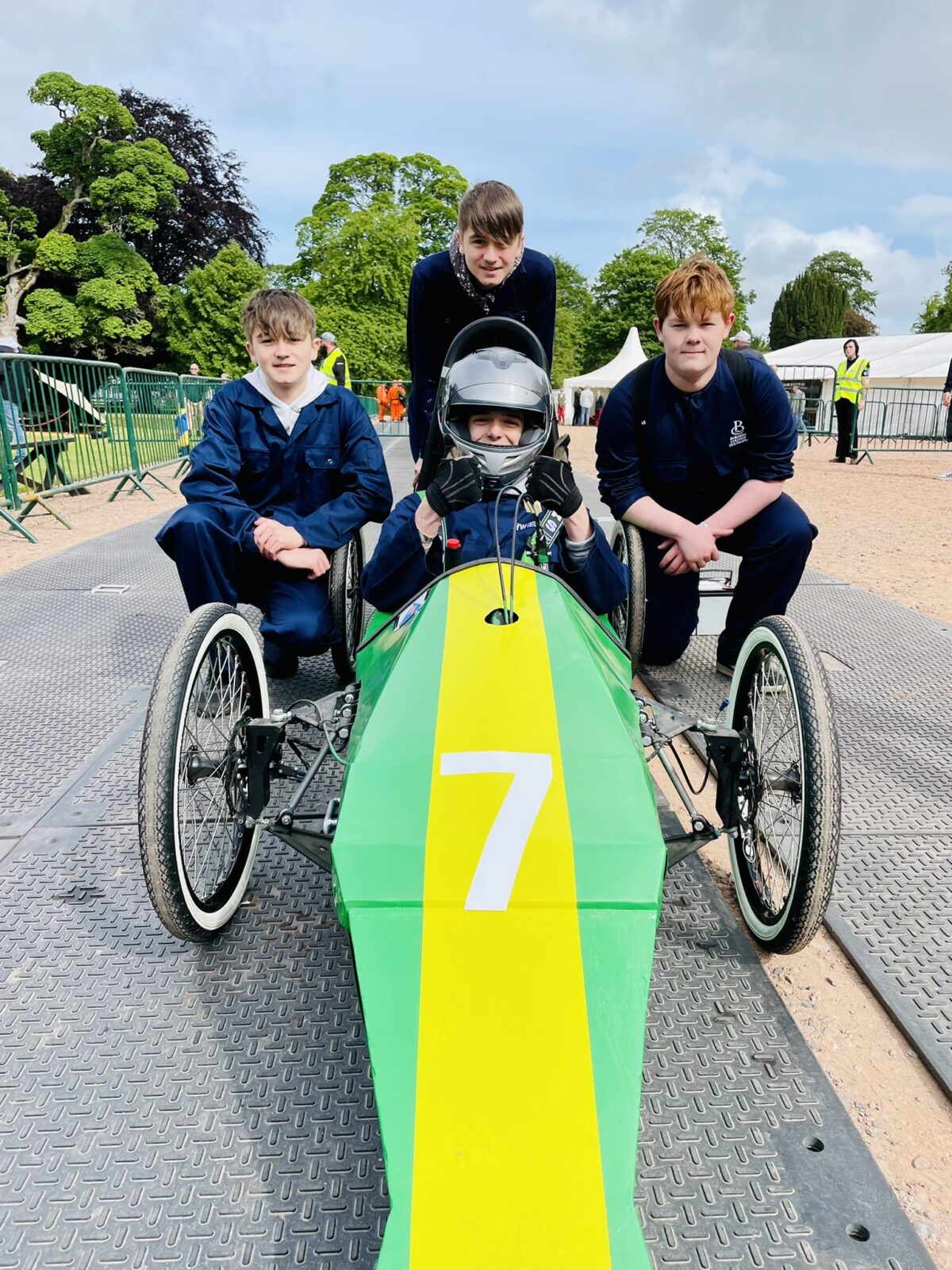 The event itself was spectacular in every sense of the word, successful in showcasing the achievements of JCT honorary president and three-time FIA Formula 1 Drivers’ World Champion, Sir Jackie Stewart OBE. Visitors had the chance to explore his remarkable career with plentiful displays of his cars – including his championship winning F1 cars – and memorabilia. Packed full of thrilling live action, the event also showcased Mark Webber’s 2012 Redbull Formula 1 car which could be seen regularly hurtling up the estate’s sweeping driveway. Most importantly, the event brought further awareness to Sir Jackie’s wonderful charity – Race Against Dementia and its mission of funding breakthrough and innovative dementia research. 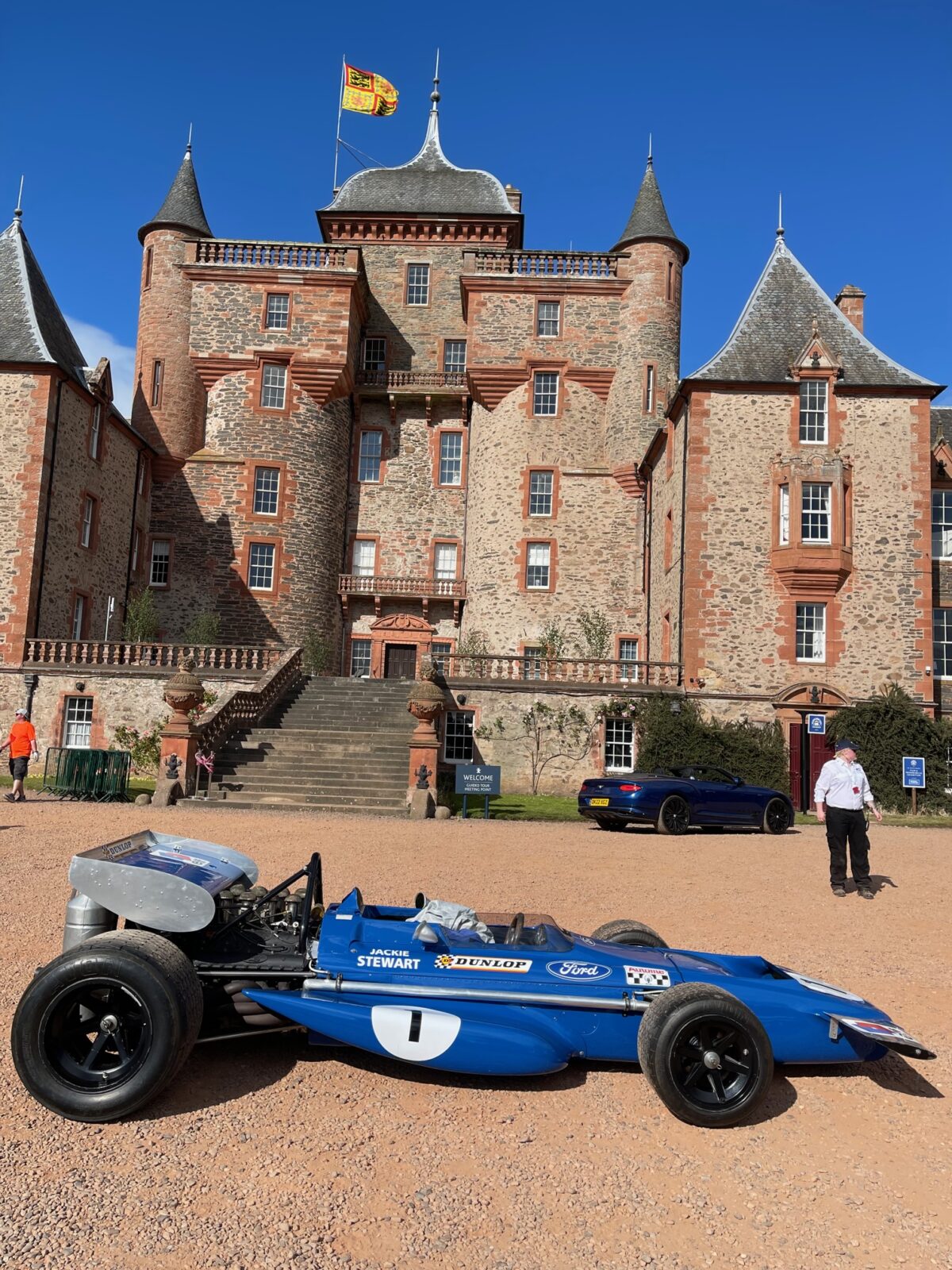 The Jim Clark Trust are grateful to Fiskens for supplying two of Jim’s most famous automobiles – The 1962 red Lotus Elan (997 NUR) and the 1964 Lotus Cortina, currently owned by JCT Patron Dario Franchitti. These stunning cars are now for sale on the Fisken’s website via the link below : 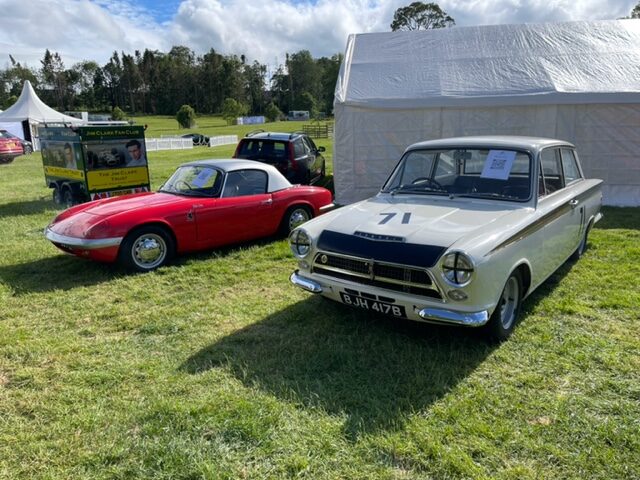 We also extend our gratitude to the Jim Clark Edition Lotus Evora’s current owner for supplying the car to feature in our display. 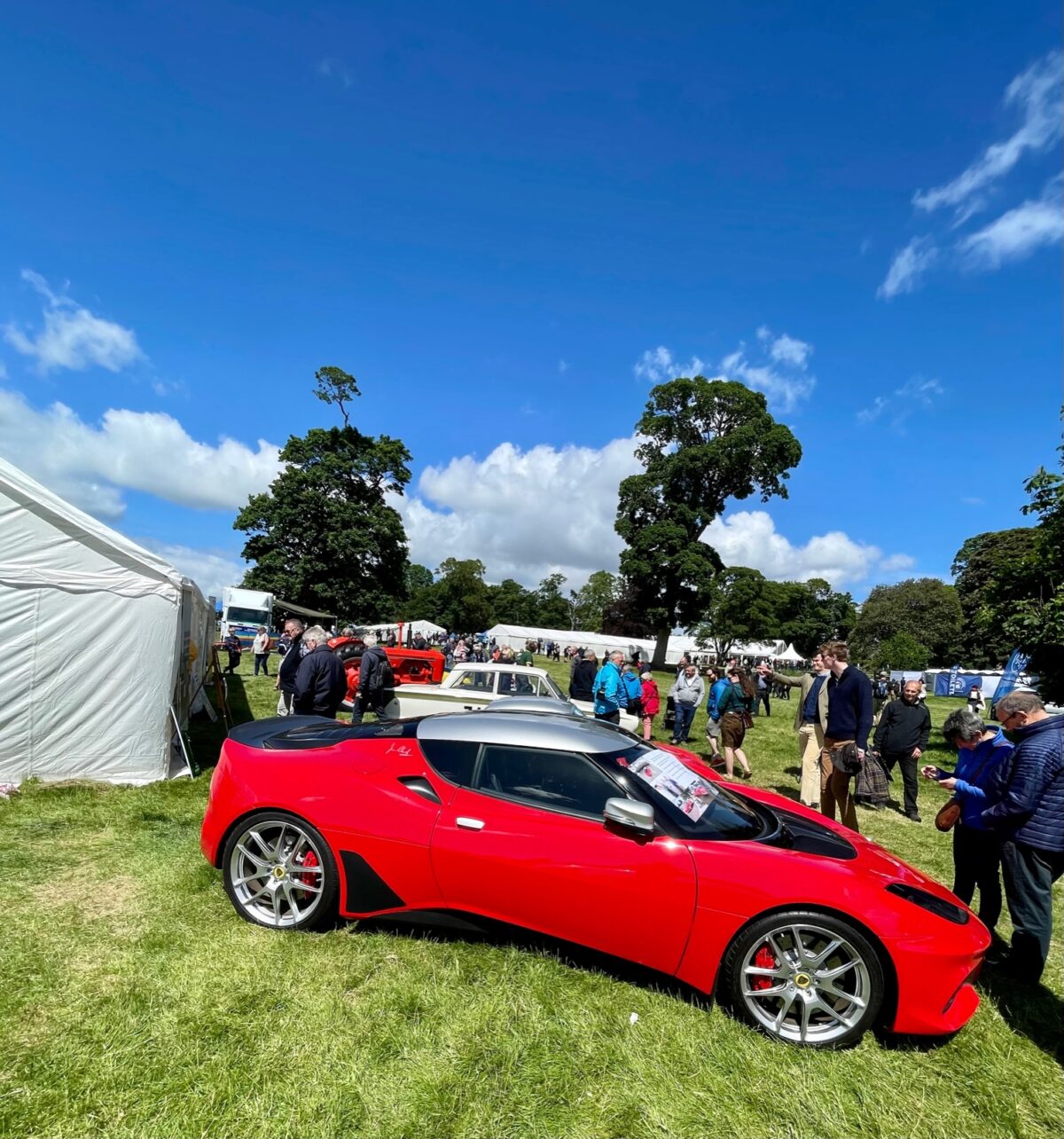 Lawrence Johnston of the Jim Clark Fan Club raffled off a stunning print of Jim Clark to raise money for Race Against Dementia. Lawrence was successful in raising a grand total of £536 for the charity – A great achievement. 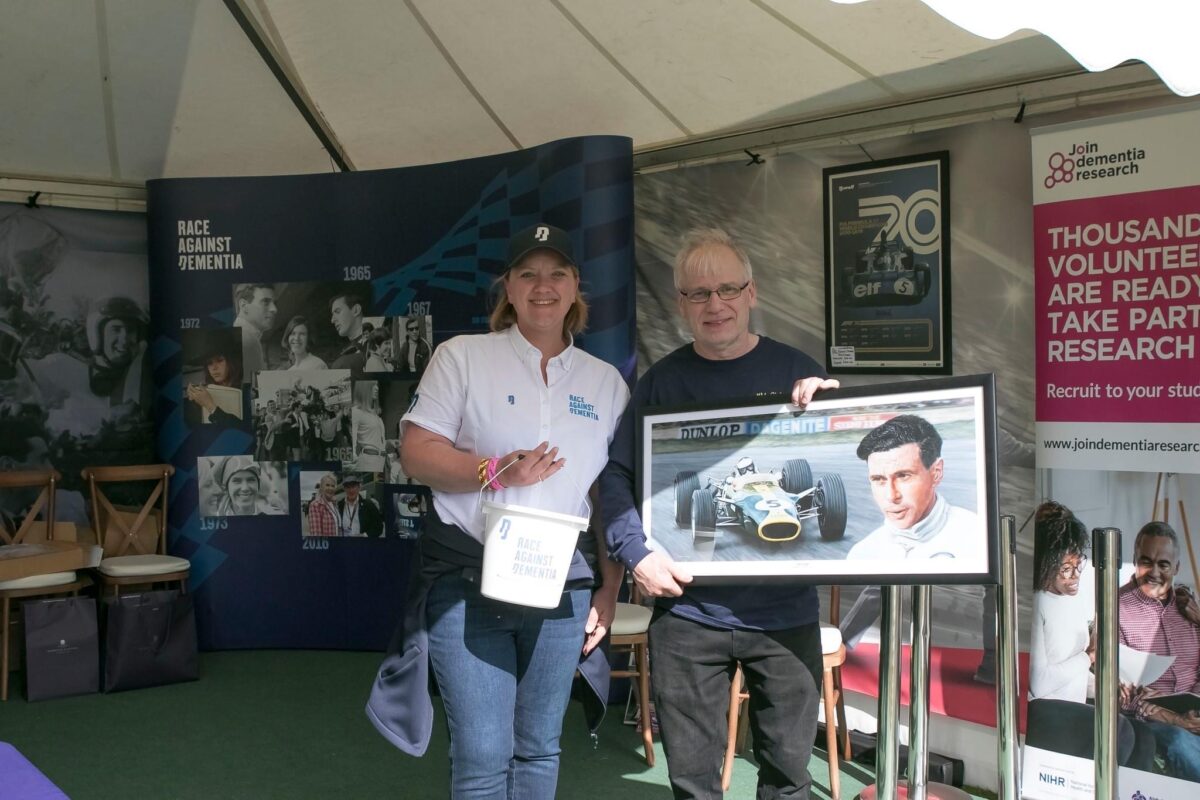 The Sir Jackie Stewart Classic Presented by Rolex at Thirlestane Castle, Lauder was a sensational event which we hope becomes an integral part of the British motor show calendar. The Jim Clark Trust thanks everyone for their wonderful support. 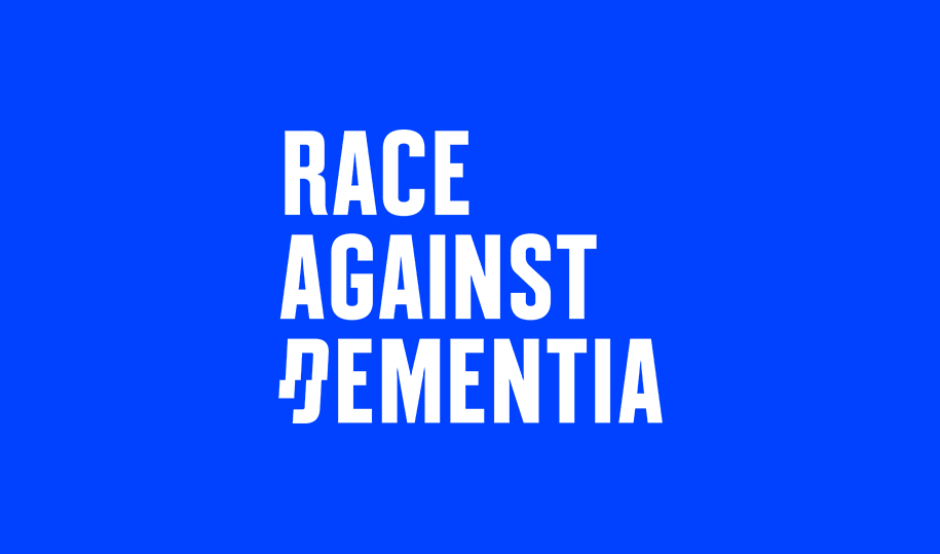 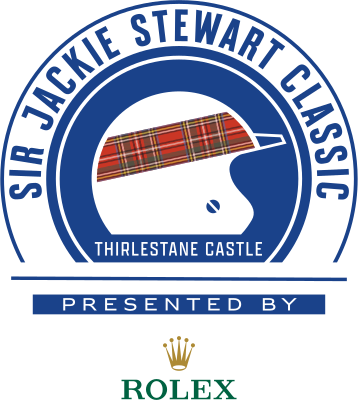 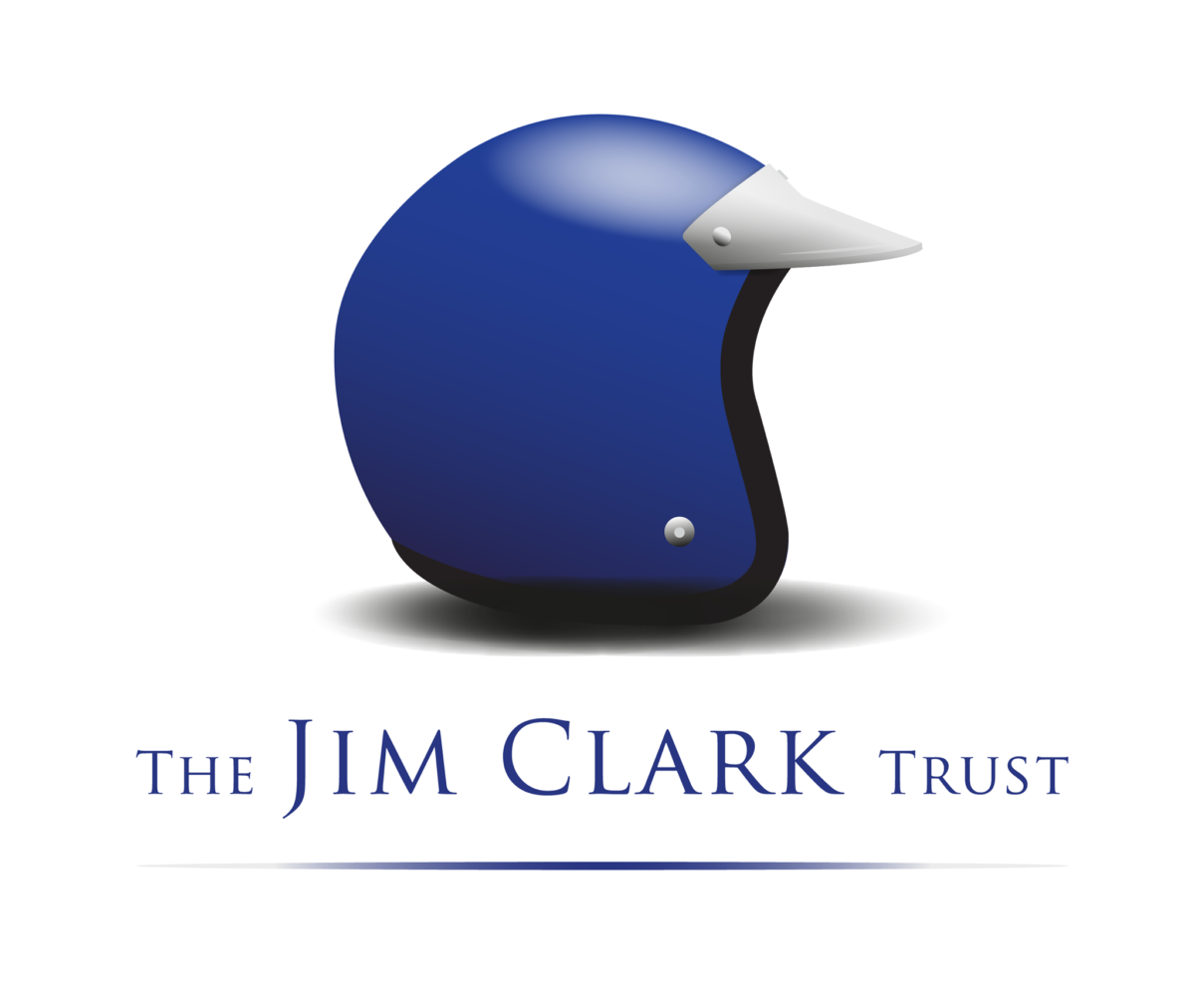