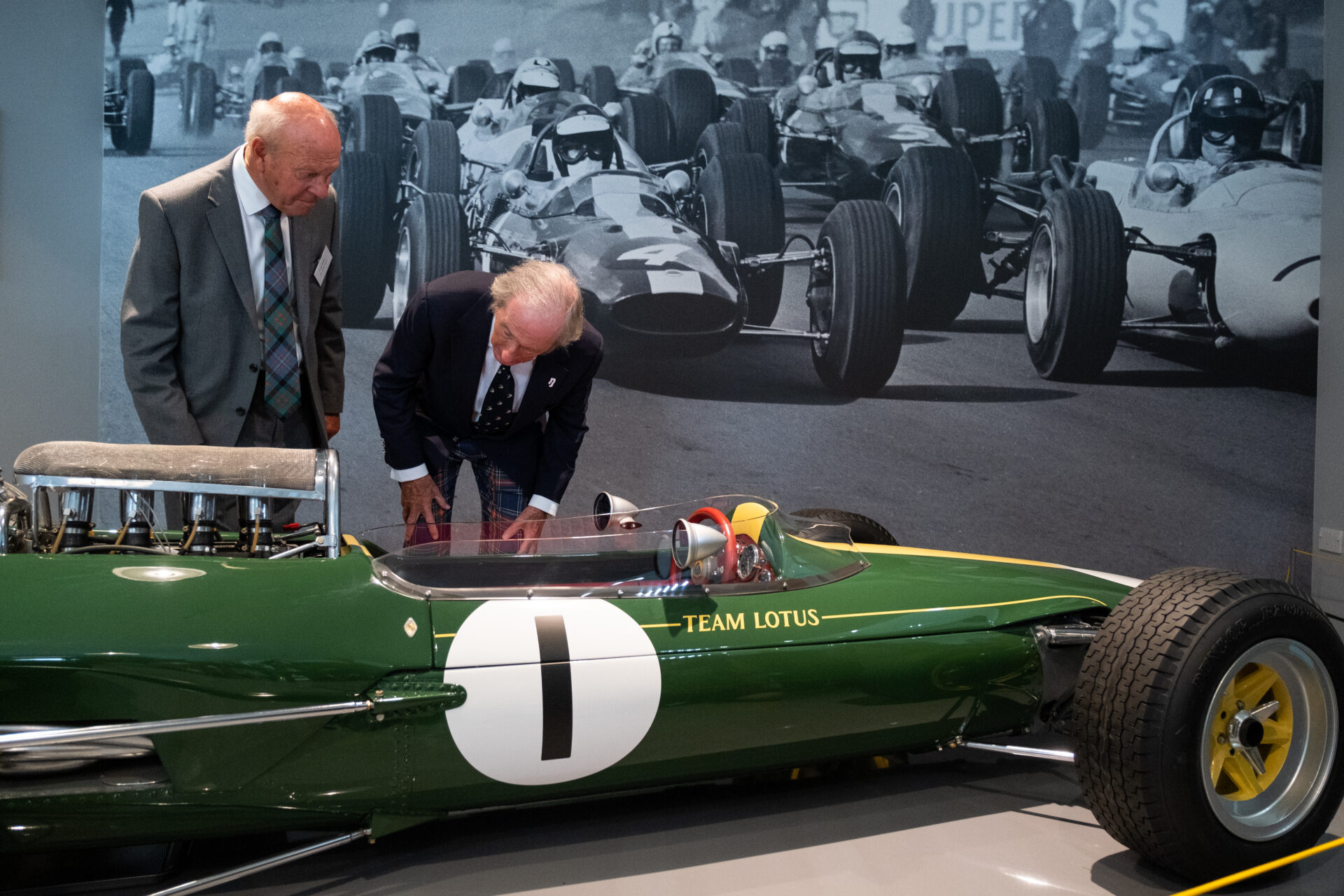 Visit the new Jim Clark Motorsport Museum and see two of the most famous Jim Clark cars. The museum exhibits Jim’s 1967 Lotus Elan S3 Coupe (NLD 550E) as well as one of the most iconic Formula 1 race cars of all time, the Lotus Type 25 chassis R6.

The yellow Lotus Elan S3 Coupe (British Registration NLD 550E) was officially handed over to Jim Clark by Lotus Cars (Sales) Ltd on March 22nd, 1967. Because Jim gave up his UK residency over the Winter of 1966/67 (due to new British tax laws) it was built in left-hand-drive form for Jim’s Continental use. The total cost of the car (borne by Team Lotus!) was £1,504/13 (fifteen-hundred and four pounds, 13 shillings), including special equipment mods: intertia-reel seat belts, cigarette lighter, a radio, 4-months road tax (why not 12?) and a cassette tape recorder. Although the bill was sent to Jim’s new apartment in Pembroke, Bermuda (to which he had sent furniture from his Edington Mains farmhouse near Chirnside, Scotland). In reality, the Elan lived at the Paris flat of Jim’s friend, the journalist and Lotus confidante, Gerard “Jabby” Crombac (110, Rue de Sevres, 75 Paris 15th). This flat became Jim’s ‘home’ for the bulk of the 1967 season.

The glorious Lotus Type 25 R6 is powered by a 1.5 litre Coventry Climax V8, which Jim Clark drove in 10 Grand Prix’s in 1963, 1964 and 1965, including victories in the Dutch, Belgian, British and France races. The Lotus 25 is on loan from the Tinguely Museum in Basel, Switzerland. Jim Clark race cars are incredibly rare and sought after by museums and private collectors all over the world. We are extremely grateful to  the Tinguely Museum for the loan of the car.

Visitors are welcome to get up close and see these amazing race cars, beautifully restored and exhibited under a vaulted ceiling with a sound track to echo a 1960’s race garage. Did you know… Jim Clark is most closely associated with Lotus, but during his early career he also completed in Porsche, Jaguar and Aston Martin race cars, you can find out more in our exhibition, film and Trophy Collection areas. 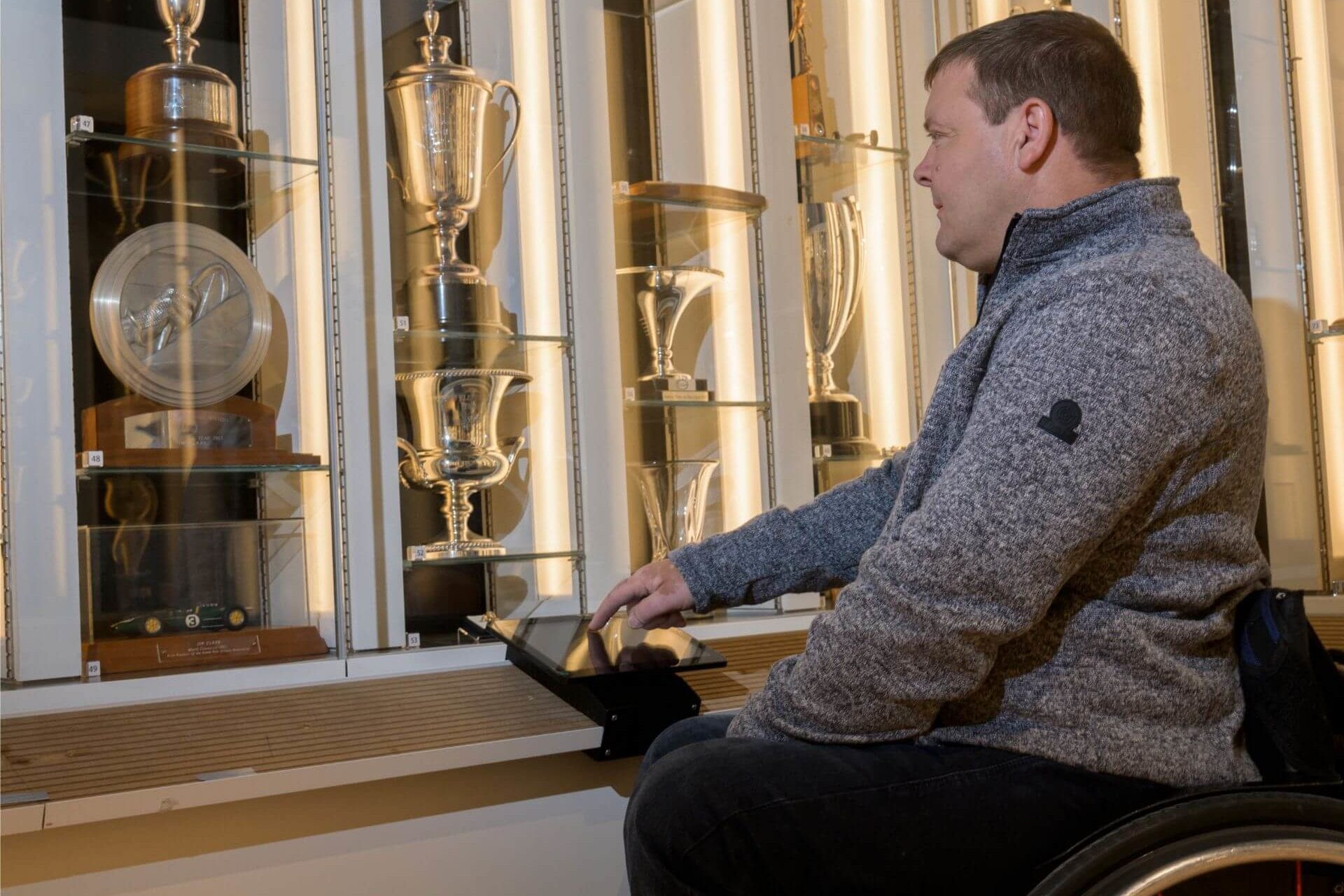 At the heart of the new Jim Clark Motorsport Museum is one of the world’s greatest trophy collections in all of motorsport. The Jim Clark Trophy Collection features over 130 trophies, medals, cups and items of memorabilia. The collection ranges from 1956’s local club racing successes with Berwick & District Motor Club and Border Reivers to globe-spanning seasons driving saloons, sports cars, single-seater in Formula 1 & Formula 2 and everything in between across UK, Europe, US, Asia and Africa. The Trophy Collection is displayed in a modern recreation of the original Jim Clark Room first opened in 1969 and features interactive digital tablets relaying information, imagery and film bespoke to each trophy. The Trophy Collection was gifted for public display in Duns by Jim’s parent’s James and Helen after his death in 1968 and remains in Trust under the guardianship of the Clark Family to this day.

A Legacy Captured in Photography

Jim Clark was one of the most photographed sports stars of his era. He was hugely popular in Europe, US and Australasia, when newspapers and magazines dominated the media before television became mainstream. Even though his natural inclination was to shy away from the spotlight, his celebrity status was akin to a 1960’s film or rock star. Photography features prominently throughout the museum in an era when black and white was gradually moving to colour. Each year the museum plans to feature a new theme in a dedicated gallery space. 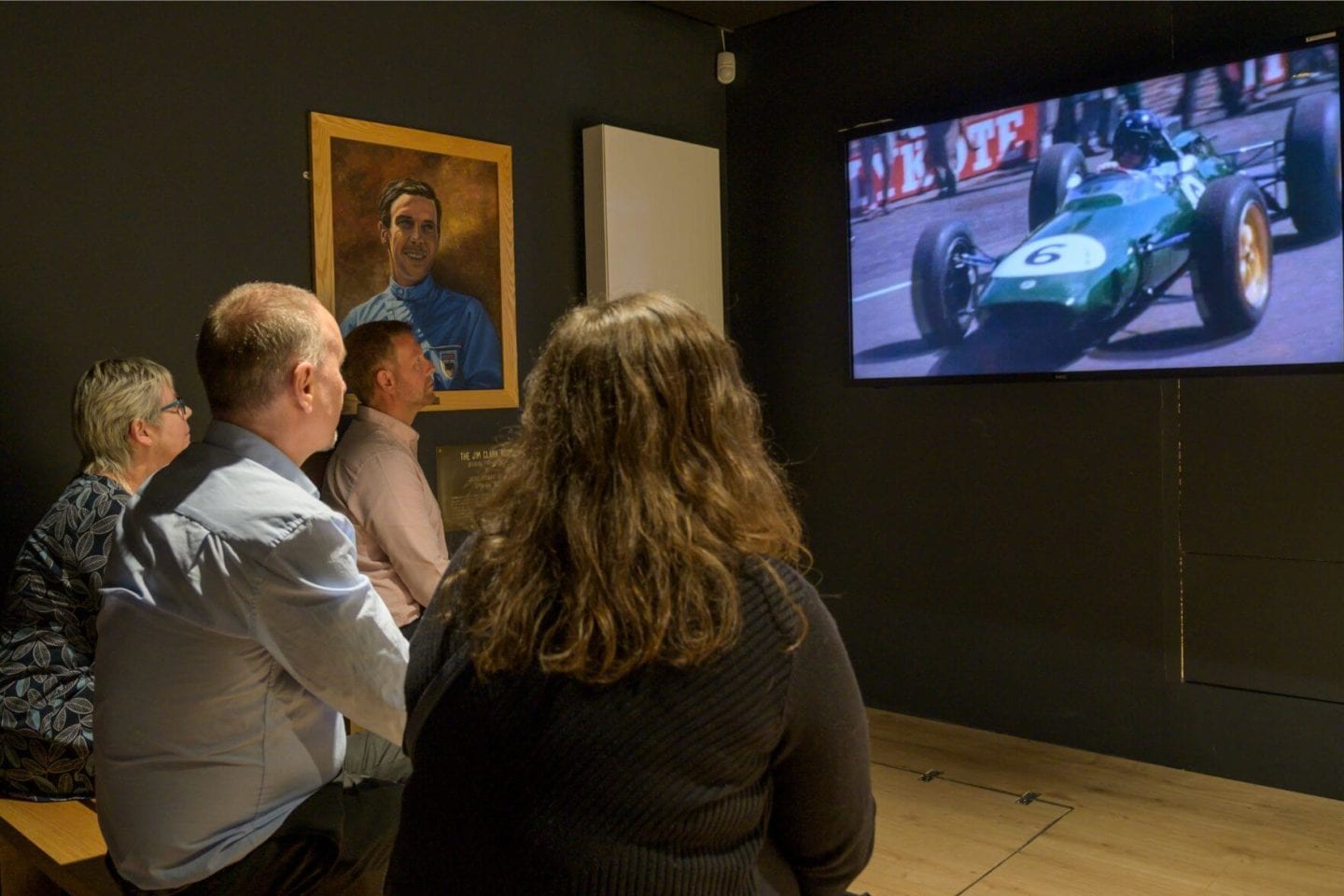 The museum features a selection of 3 films available on a touch screen cinema taking visitors back in time, including rare archive film, British Pathe and interviews from the 1960’s with Jim Clark, his team mechanics and those he raced against. Some of the most revealing and emotional films include interviews with his close friends and family. 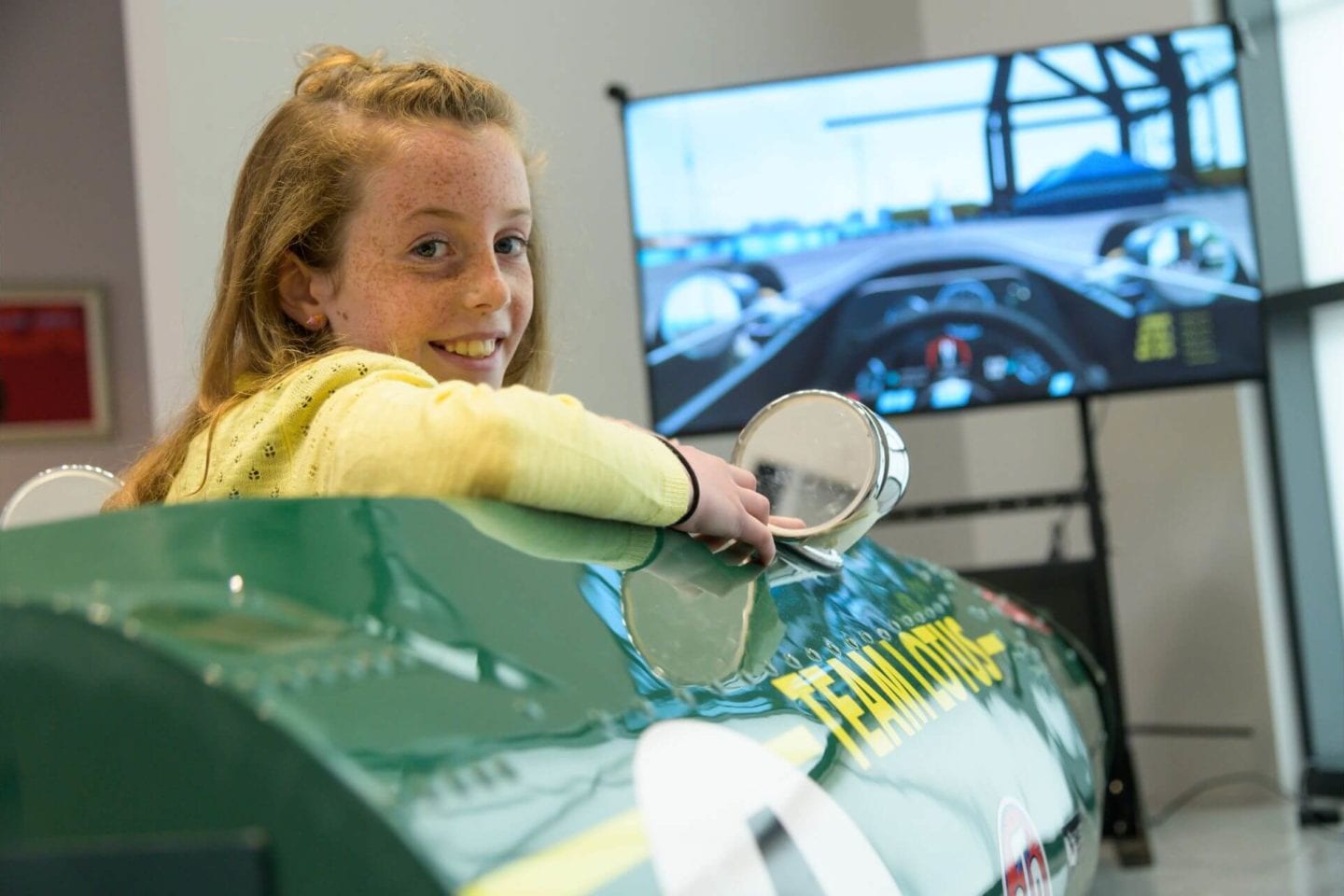 Visitors are welcome to jump in to the driving seat and test their skills with a Classic Race Car Simulator. This virtual reality experience takes you back in time and features some of the world’s most famous race tracks from the Clark era, with surround sound and feedback vibrations from the controls.  The Classic Race Car is based on Jim Clark’s legendary Lotus 49 giving visitors the chance to experience the thrill of Formula 1. Could you be the next Jim Clark or Lewis Hamilton?