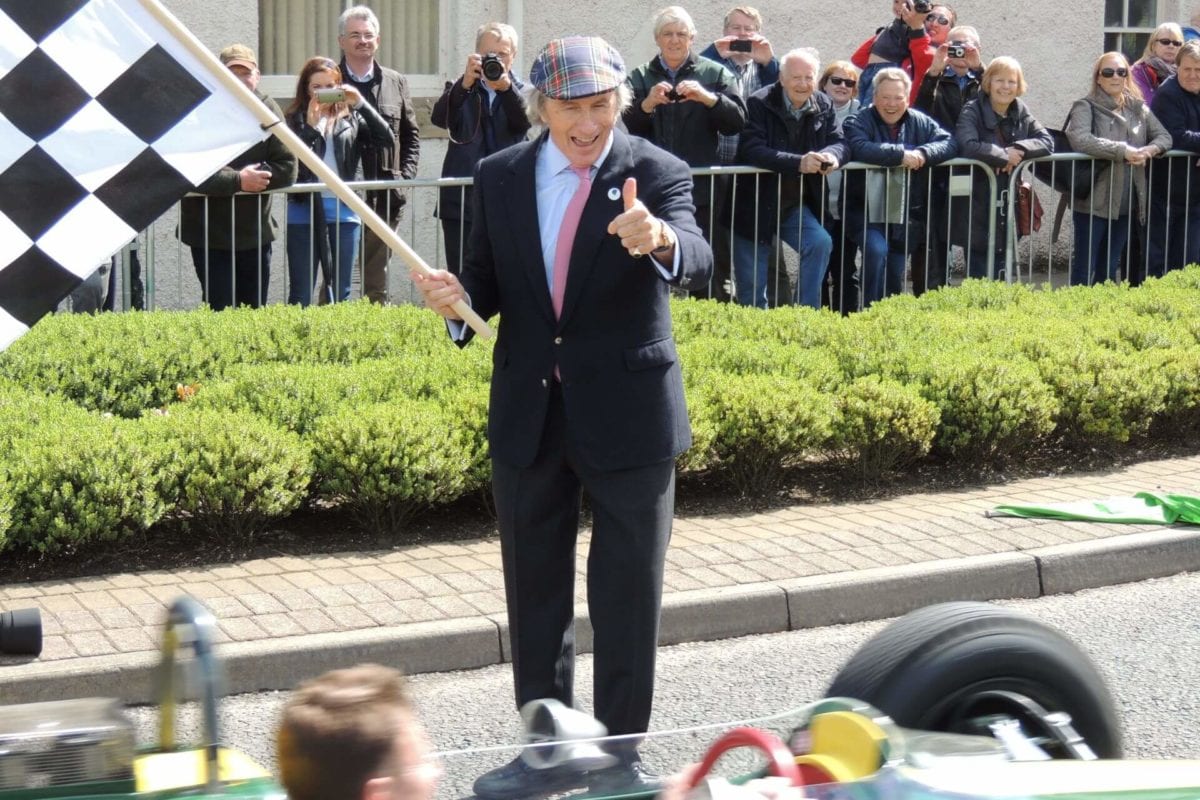 At the same time, The Jim Clark Trust confirmed it had reached its fundraising target of £300,000 thanks to the support of thousands of public donations.

The £1.6m project, which is being delivered with over £600,000 of Council funding and the £300,000 raised by the charitable Trust, will see the existing small exhibition space in Duns redeveloped to create a modern museum to celebrate the life and achievements of Jim Clark, a double Formula One world champion.

“I am thrilled that the dream has come true that sufficient funding is going to permit a great Scottish hero to be honoured by what will be an excellent testimony to his success as one of the world’s greatest racing drivers of all time.

I am so proud to have been a friend of Jim’s. I learned so much from him and I miss him dearly. This initiative will recognise one of Scotland’s greatest sporting heroes in the very grounds that he so much loved.

I would like to thank the Heritage Lottery Fund, Scottish Borders Council and The Jim Clark Trust and all who have financially supported this endeavour to honour a great Scottish sportsman.”

“It is wonderful that the Heritage Lottery Fund has given its support for this project and that The Jim Clark Trust has also reached its ambitious funding target. Thanks to these funds, combined with the Council’s own commitment, we can now look forward to a much improved museum.

This project will create a visitor attraction which will bring in tourists and Formula One fans from across the world to Berwickshire in bigger numbers than ever before and will really be a fitting legacy to Jim Clark.”

“We are delighted that, thanks to players of the National Lottery, we’re able to support the transformation of the Jim Clark Room into a visitor attraction worthy of his sporting greatness. It’s certain to attract people from far and wide benefitting the Border’s tourist economy.”

The Jim Clark Trust and representatives of the Jim Clark Memorial Room Trust have been involved throughout the project development, and have played a key role in fundraising.

“On behalf of the Trust I would like to thank Heritage Lottery Fund and Scottish Borders Council and the thousands of individuals across the world that have supported our £300,000 charity fundraising campaign, without whom this project would not be possible.

Those people should feel justifiably proud having contributed to today’s announcement. We look forward to a new museum celebrating the life and achievements of Jim and his legacy for Scottish motor sport to promote heritage, education and inspire future generations.”

Over the past five years the project has received widespread support on a regional and national level and from the international motor sport community. Supporters of the project include motor sport luminaries such as Dario Franchitti, Allan McNish, David Coulthard, Clive Chapman and Lord March, all Patrons of The Jim Clark Trust.

Wider aspirations for the museum project feature an extension in the future to showcase more race cars with a celebration of Scottish motor sport, a classic car restoration programme, support for technology skills apprenticeships and a Jim Clark driving tourist trail through the scenic countryside of the Scottish Borders incorporating historic venues such as the old race circuits at Charterhall and Winfield Airfield, local market towns and Jim Clark’s grave at Chirnside.

“Live Borders is delighted that the efforts of all the partners has led to successful fundraising targets being reached and look forward to working with them to create a first class museum and visitor experience for Duns and the wider Scottish Borders.

The expanded museum will be a modern and vibrant celebration of Jim Clark’s life and career for visitors from all walks of life to celebrate his life and achievements.”

Development funding of £53,100 was awarded by the Heritage Lottery Fund in March last year to help progress plans ahead of the full funding application.

Clark tragically died at Hockenheim in Germany at the age of just 32. He was much admired for his modesty and humility alongside his remarkable natural ability in all forms of motor racing.

He is still considered one of the greatest ever racing drivers and remains to this day one of Scotland’s most admired sporting heroes.

Members of the public can keep in touch with the redevelopment plans, news and future events by registering at www.jimclarktrust.com