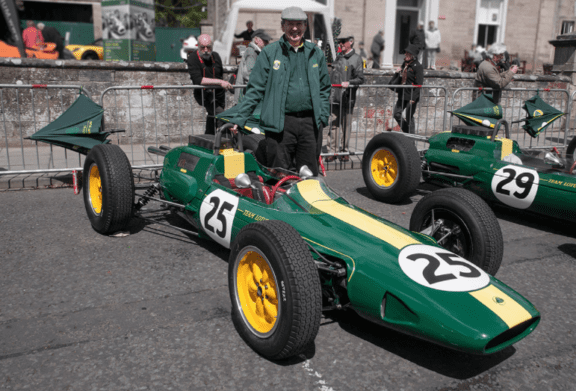 With a month to go, The Jim Clark Weekend is delighted to confirm a stunning line up of classic Formula One cars, Touring and Sports cars in which Jim Clark raced in 1965. The 50 year anniversary will be celebrated in Duns, Scottish Borders, on Sat 16 and Sun 17 May (2015). The event is being run by Club Lotus in partnership with The Jim Clark Trust to celebrate Jim Clark’s second Formula One World Championship, his famous Indianapolis 500 victory, Formula 2 Championship and Tasman Championship, all in 1965. Sir Jackie Stewart and Allan McNish are joining the celebrations to raise awareness of plans for a new Jim Clark Museum by 2018.

The event is free to the public with a static display of Jim Clark cars on Sat 16 May with the main event on Sun 17 May featuring the exciting sight and sounds of the cars parading through Jim Clark’s home town of Duns, with over 50 sports cars from Club Lotus. The event runs from 11pm to 4pm on both days outside the Jim Clark Museum in Duns with historic trophies, a gallery, films, interviews and Pipe Band over the weekend. The event was first run in 2013 to celebrate Jim Clark’s first World Championship in 1963 attracting over 3,000 people.

Some of the unique and extremely rare cars confirmed for the event with the support of many generous owners include: two Lotus Type 25s including Jim Clark’s World Championship winning 1963 Formula One car, a Lotus 38 Ford (1965) similar to the actual Indy 500 race car, a Lotus Type 43 BRM (1966), three famous Lotus Cortina’s, the first production Lotus Elan and original Porsche 356 from his early career. Other cars celebrating the rich history of Scottish Borders motorsport are expected to join the weekend.

The event organisers are delighted to confirm that triple Formula One World Champion and close friend of Jim Clark, Sir Jackie Stewart will be attending the event on Sun 17 May as Honorary President of The Jim Clark Trust, with triple Le Mans 24HR winner Allan McNish and Clive Chapman, the son of Lotus founder Colin Chapman, who are also Patrons of the Trust. Other notable attendees will include Ian Scott Watson, Jim’s friend and early mentor, and former Team Lotus chief mechanic Bob Dance.

The weekend not only celebrates the anniversary of 1965 but confirms plans for a new £1.2m redevelopment of the existing Jim Clark Museum by 2018 announced in February through a partnership between Scottish Borders Council and The Jim Clark Trust. Alan Morgan, Chairman of Club Lotus said:

“This will be a unique celebration of Jimmy’s most successful racing season when he won his second Formula One World Championship, the Indianapolis 500, the Formula 2 Championship and the Tasman Series driving for Team Lotus. By demonstrating the cars he drove during that year we’ll be bringing the sight and sound of these fabulous racing cars to Duns. Everyone is welcome. We are very grateful for the support of Scottish Borders Council, Classic Team Lotus, the car owners and all the volunteers who are helping over the weekend.”

“I was very pleased to hear that Scottish Borders Council has committed to funding £500,000 to enlarge and improve the already established Jim Clark Museum. Jim, who was a great friend, projected Scotland and the Borders of Scotland in a dignified fashion around the world, during his motor racing career. I am also very proud to be Honorary President of the Jim Clark Trust and a Patron of this justifiably important statement to be made to attract people to Duns and the Border region, to celebrate the life of Jim Clark. I am delighted to attend this special Jim Clark Weekend.”

Jim Clark is widely regarded as one of the greatest motor racing drivers of all time, a national hero for Scotland and international icon of the 1960’s. In 1965 Jim Clark won an incredible series of races and championships unsurpassed to this day driving for Team Lotus claiming his second F1 World Championship, the F2 Championship, the Tasman Series and became the first non-American to win the Indianapolis 500 since 1916. It was an incredible year unlike any other past or present and Jim Clark remains the only driver to claim both the F1 and Indy 500 titles in the same year. Jim Clark’s tragic death at Hockenheim in 1968 stunned the world. It was often said that it was on his farm in Chirnside, Duns, that he felt most at home. He was much admired for his sportsmanship as a gentleman and humility alongside his remarkable natural ability as a racing driver and winning partnership with Lotus. 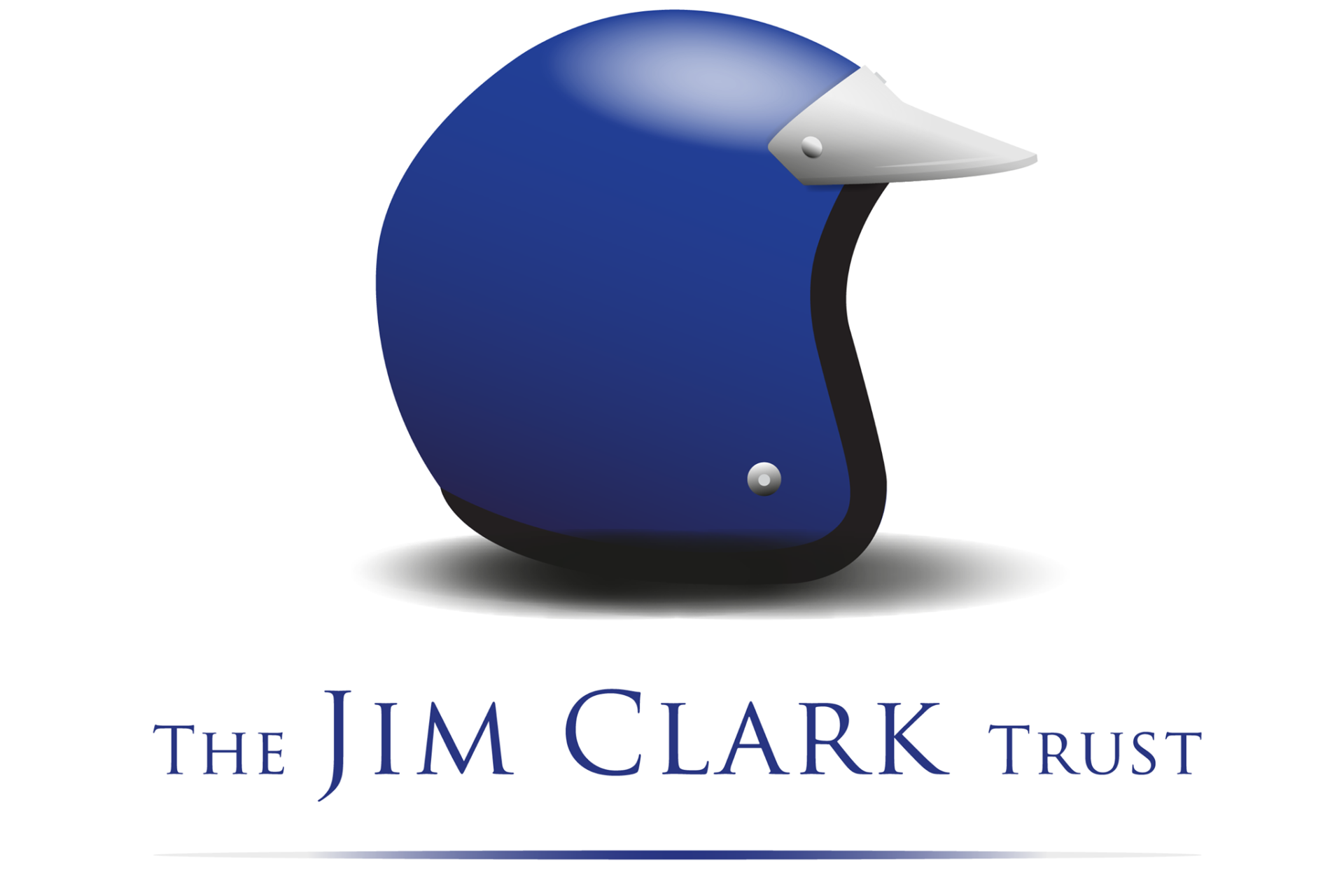