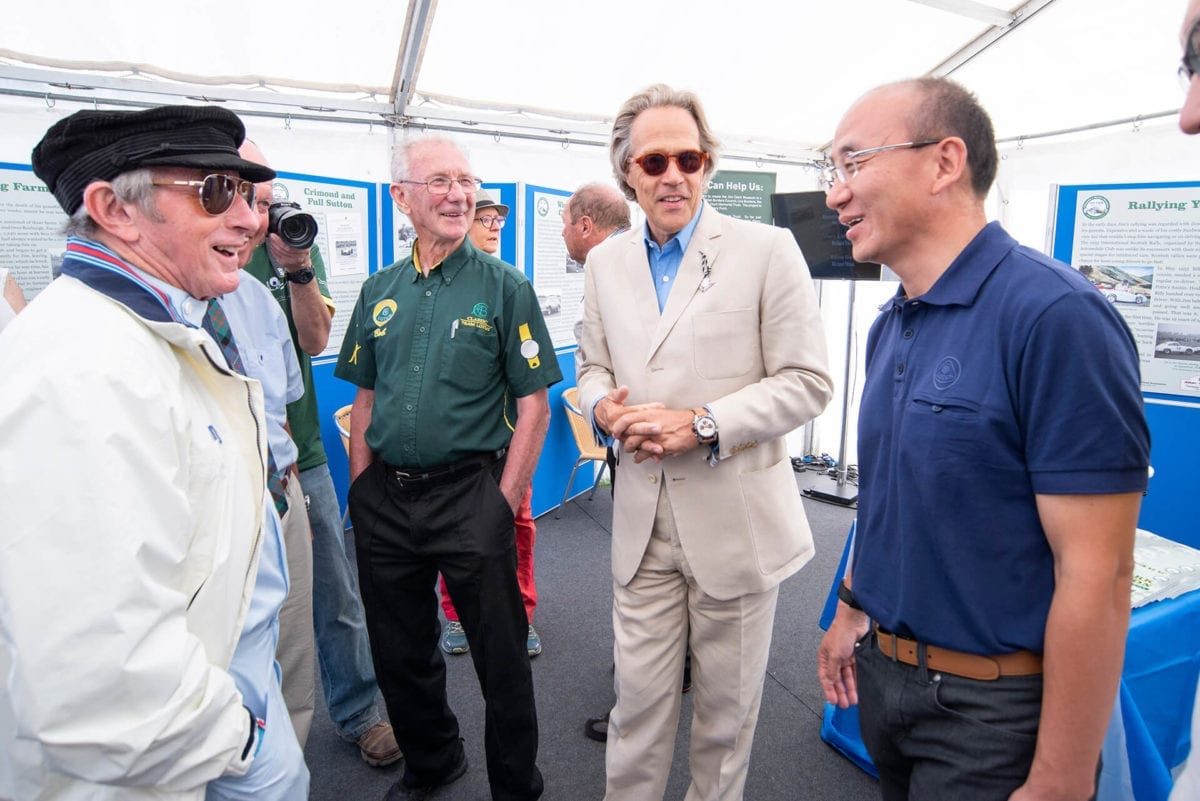 The Jim Clark Trust is delighted to announce that £53,000 was raised by donations from Goodwood Festival of Speed visitors over the four-day event weekend held this summer (12-15 July 2018). The official charity of the Festival, the proceeds will help to celebrate the memory of one of the most successful and admired motor racing legends of all time, with plans for a new Jim Clark Museum.

The Jim Clark Trust would like to thank the generosity of all those who donated over the course of the event, as well as guests at the Goodwood House Saturday Night Party, the Goodwood Road Racing Club and in particular, the Duke of Richmond and Gordon for inviting the Trust to be the chosen charity for this year’s event.

This year’s Festival of Speed 2018 marked the 50th anniversary of 1968 with a competition launched to win the 100,000th Lotus ever made to raise funds for the charity ­– a Jim Clark special edition Lotus Evora GT410 Sport inspired by Jim’s famous 1960’s Elan and created by Lotus Exclusive. The winner of the competition will be announced at the opening of the new Jim Clark Museum in summer 2019. Motor sport fans around the world are encouraged to enter this amazing competition at www.jimclarklotus.com

The new, expanded Jim Clark Museum is being built to preserve the memory and display some of the incredible cars in which Jim Clark raced. The new £1.6m museum is funded by a partnership between the Heritage Lottery Fund, Scottish Borders Council and The Jim Clark Trust. The building works began in June 2018 and the new museum is expected to open in summer 2019.

The Jim Clark Trust is committed to £300,000 funding towards the project. The current plans have space for two race cars and the Trust is now seeking additional funds to explore plans to increase the number of cars on display in the future. The Trust, whose aims are focused on heritage, education and inspiration is run by relatives of Jim Clark and is reliant on public support. In recent years fundraising has included events, grants, crowdfunding, merchandise, and special edition memorabilia such as driving gloves and a commemorative whisky.

The launch of the Jim Clark special edition Lotus Evora GT410 Sport competition is the most ambitious fundraising campaign to date, and has attracted interest from Jim Clark fans, F1, classic and motor sport fans around the world. The Lotus Evora includes special features such as a Scottish tartan interior, classic wooden gear knob, Jim Clark signature and discreet interior plaque making this 100,000th Lotus truly unique. The launch of the competition was attended by the Duke of Richmond and Gordon, a Patron of the Trust, with Group Lotus CEO Feng Qingfeng.

Over the course of the Festival The Jim Clark Trust welcomed visitors to their stand with an exhibition featuring the life of Jim Clark as a racing driver and farmer in the Scottish Borders, historic memorabilia and a display of classic and modern race cars. Honorary President of the Trust Sir Jackie Stewart commemorated the 50th anniversary of 1968 by driving Jim’s Lotus 25 up the Hill Climb with Doug Niven, Jim’s cousin and Family Trustee, in a Lotus Cortina. Plans for the new museum also received the support of FIA President Jean Todt announced as a new Patron of the Trust at the Festival of Speed.

Commentating on the presentation of the funds raised from this year’s Goodwood Festival of Speed, Ben Smith, Secretary of the Jim Clark Trust, said:

“The support of Goodwood and donations raised by the thousands of visitors to this year’s Festival of Speed visitors is tremendous and we are extremely grateful. A sincere thank you must go to the Duke of Richmond and Gordon, the army of bucket collectors and volunteers who helped to support the fundraising over four memorable days at this year’s event. We were greatly encouraged by the genuine interest in our plans and affection for Jim Clark and we look forward to welcoming visitors to the new museum in the future.”