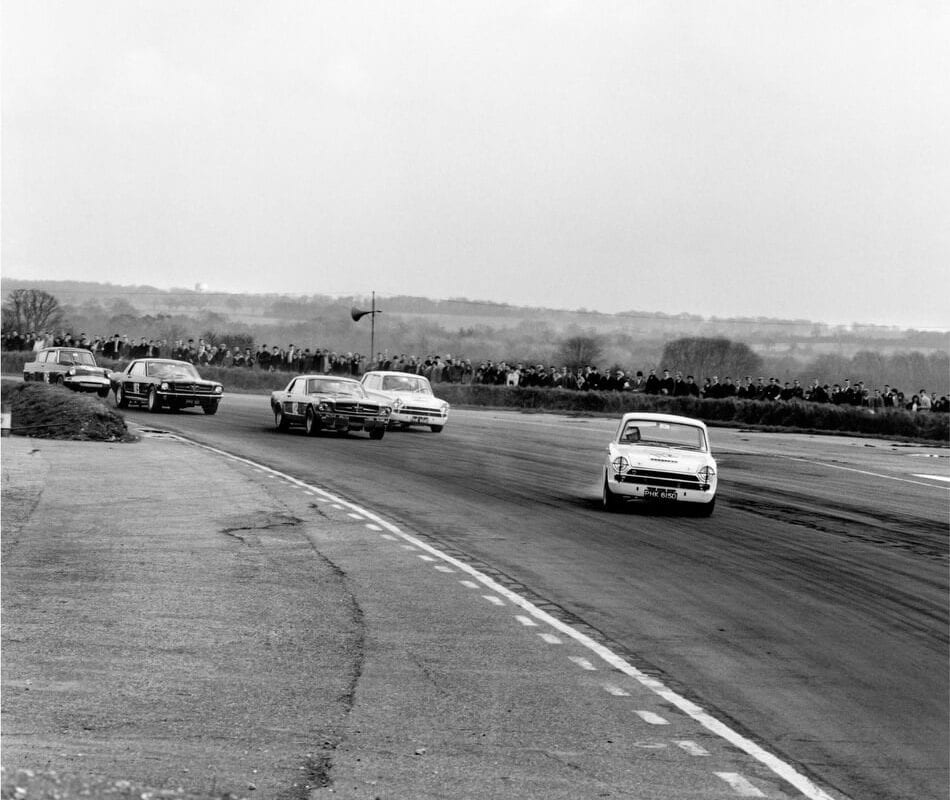 The remarkable British Touring Car Championship victory in 1964 by one of the greatest racing drivers to ever have competed, Jim Clark from Duns, is to be celebrated when the Dunlop British Touring Car Championship returns to Knockhill next year. 2014 is the 50th anniversary of Jim winning the BTCC title, with Jim being the first of only three Scots in history to win the prestigious title, the second being fellow Borders racer John Cleland and the most recent being Gordon Shedden in 2012.

“We are thrilled and honoured that the Jim Clark Trust has chosen the 2014 BTCC event at Knockhill to celebrate the 50th anniversary of Jim’s BTCC title win. It’s a natural fit in many ways as Jim was born in Fife and we hope to have some 15 000 racing fans at our 2014 event as the Circuit is also celebrating in 2014 as it’s the 40th anniversary of Knockhill! We are delighted also that Event Scotland have recognised these special landmarks and are backing the event as a Signature Event with funding that will allow us to celebrate the four decades of motor sport at Knockhill, and the unique achievements of Jim Clark. A whole host of items are being planned to ensure it is a fitting event to celebrate the birthday of Scotland’s National Motor Sport Centre and Jim’s unique BTCC title in 1964, coming as it did when he was the reigning Formula One Champion, winning the first of his two titles in 1963.

The newly formed Jim Clark Trust has the endorsement of motor racing heroes Sir Jackie Stewart and Dario Franchitti who have joined forces behind plans to establish a new museum dedicated to the achievements of Scotland’s world-famous Formula One legend Jim Clark. The Jim Clark Room, which is currently set up in the Berwickshire town of Duns, close to where Clark spent most of his life, houses a selection of memorabilia from the late driver’s career, but it is small and becoming overcrowded.

Now the Jim Clark Trust is putting together a bid to build a new, expanded museum to house more of the cars Clark drove, trophies he won and other memorabilia from his racing career under one roof. Scottish Borders Council is also playing its part by providing over £500,000 capital funding for the new museum with the Room having attracted more than 300,000 visitors from across the world since it opened 40 years ago”. Stuart Gray added, “With such a large dedicated motor sport fan base coming to the Knockhill Touring Car meeting in August and having the Jim Clark Trust here with a display of Jim’s cars, memorabilia and trophies, it is the perfect platform to both promote the legacy of Jim and the Trust’s plans for their new Room. We are also delighted that EventScotland are helping financially to make the event one of the biggest and most significant motor sport events in 2014, the year of the Homecoming.”